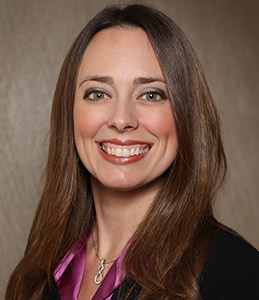 Amanda Jazwinski graduated from the Richard Stockton College of NJ in 2004 with a Bachelor’s in Business Management. While going to school, Amanda began her career in the casino industry at the Hilton as a Front Desk Agent and was later promoted to Front Desk Shift Manager. In 2005, Amanda began her career with Resorts as Housekeeping Manager. Amanda earned her Master’s in Business Administration in 2010 at the University of Maryland. She left Resorts in 2010 to pursue a position as an EVS Manager at the Hilton and to open Revel Casino in 2012. Amanda returned to Resorts in 2015 as Housekeeping Manager. Most recently, Amanda was promoted to Director of Hotel Operations, overseeing the Front Desk, VIP Services, Valet, Bell & Door. Amanda is very active in her church and has taken leadership roles in the youth program. Amanda describes herself as a leader who is willing to get her hands dirty to help with whatever needs to be done. Amanda says she wouldn’t be successful without her team, which she works hard to motivate so that they are consistently providing our guests with excellent service.

David Wong graduated from the Culinary Institute of America in 2003, after which he came to Atlantic City. He started his career at Harrah’s, growing under the leadership of Executive Chef Edward Batten. David then spent six years at Borgata Hotel Casino & Spa where he climbed the ladder in the food and beverage department. In 2011, David was part of the opening team of BrGuest, which brought four restaurants to Caesars. After a brief hiatus with OTG Exp in Philadelphia, David returned to Atlantic City, rejoining Batten to lead Resorts as Executive Sous Chef (alongside Executive Chef Robert Levenson), where he strives to inspire and excite his team, Resorts guests, and local culinary students. For the past 15 years, he has contributed to numerous charities and events, such as the Foodbank of South Jersey, Boys & Girls Club of Atlantic City, holiday church dinners, the Salvation Army and scholarship fundraising for Atlantic Cape. David was recognized as a Top 40 Under 40 recipient in 2018. He also made the news in 2018, on SNJ Today, where he talked about the Resorts Casino Hotel Rooftop Garden. 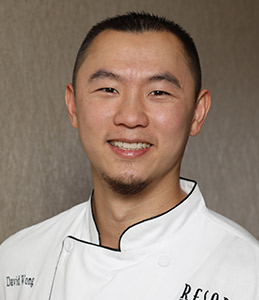 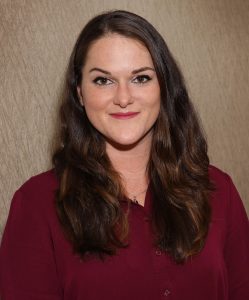 Lauren Gaskill joined the Resorts team in 2016 – just 1 year after the launch of Resorts Casino Online. Resorts Digital Gaming offers New Jersey customers a 24/7 world-class casino and sports betting operation, online, without having to leave the comfort of their home. Lauren’s 10+ years of customer service and sales experience proved to be an asset in her role as a Digital Gaming Specialist, where she interacted with customers on a daily basis in the Digital Gaming Lounge, to promote customer awareness of online gaming and assist customers with creating online accounts. Lauren’s skills and passion for customer service did not go unnoticed, and she was promoted to Lead Digital Gaming Specialist in 2017, overseeing the Digital Gaming Lounge & staff. In this new role, Lauren’s interests were peaked and her desire to learn new things and grow in the Digital Gaming world, landed her a promotion to Junior VIP Account Manager in 2018, where she managed 250 VIP customer accounts. In 2019, Lauren was promoted to Interactive Casino Manager, where she now manages and adds new games to the Resorts Digital Gaming websites. In her spare time, Lauren enjoys listening to music and spending time outdoors – hiking, kayaking and swimming.

Giselle McGlynn joined the Resorts team in May of 2021 as an Advertising/Public Relations Intern. She quickly learned the ins and outs of Advertising, taking on special projects and advertising requests from departments throughout the property and handling them on her own. The results, quality of work, and quick turnaround spoke for themselves. Such that, at the conclusion of her internship, Giselle was invited to continue her journey with Resorts and was promoted to Advertising Coordinator.  Giselle juggled both working full time at Resorts and completing her final year of studies. She recently graduated Summa Cum Laude from Rowan University – College of Communications and Creative Arts, attaining her bachelor’s degree with a concentration in Public Relations. We are very proud of Giselle’s accomplishments and wish her continued success. 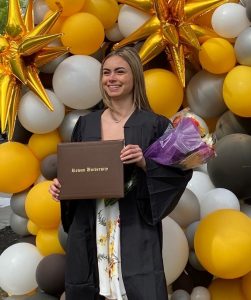